Acting has been a part of my world since I was ten and watched my father onstage at the community theatre, playing Superman; the desire to perform was born from that image. Theatre, singing, performing, became an emotional outlet as I entered middle school, high school, performing in plays and musicals, singing in competitive choirs. I received my BA in Performance Theatre from Northern Michigan University, and then I was off to Chicago, Illinois.

Chicago is where I became a professional, co-founding my own theatre company, and discovering my talent as a playwright. Building my resume. Expanding from theatre to film, industrials, commercials, and print work. I moved to San Francisco, and now Seattle, where I find myself once again in a thriving theatrical community.

Intimate theatre inspires me. The sort of theatre that makes an audience member forget that they are watching a production, that makes them feel as though they are getting a glimpse into a reality not their own. I’ve been eager to found my own theatre ensemble here in Seattle, and this is the type of theatre I’m aiming to create.

If you’d like to work together, to book me, please contact my talent agency, TCM Models & Talent. 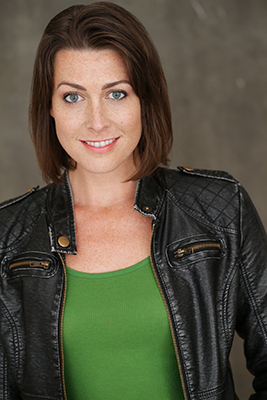